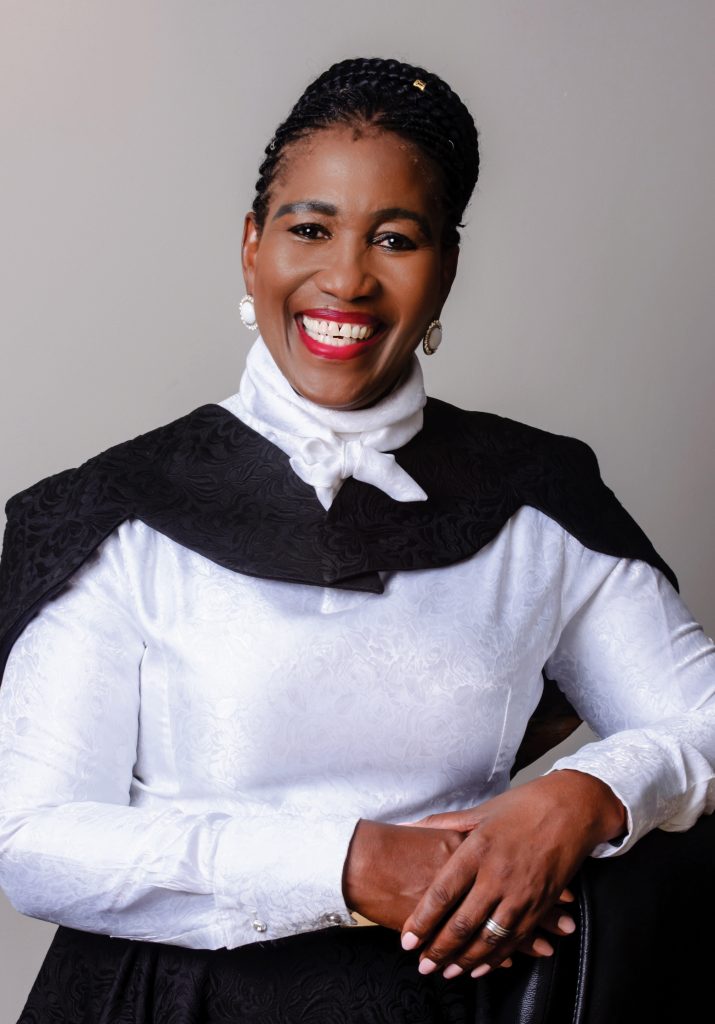 Born in Soweto in 1954, Dr. Thandi Ndlovu was raised in a home where kindness, love, excellence and the values of sharing were central to living. In that dynamic setting, she was encouraged to be a good student and to be an active member of her community. A natural leader even at a young age, she was a part of many organisations and one of the founders of the Students Christian Movement in Soweto.

She went on to further her education at the University of Fort Hare where she read towards a Bachelor of Science (BSc) majoring in Chemistry and Biochemistry. It was here where her political awareness increased even further. While studying at Fort Hare, her youngest brother was killed during the student uprisings of June 1976. The loss was a devastating one and it marked the beginning of a deeper involvement in the political arena, which ultimately led to her going into exile for 17 years.

While in exile, Dr. Thandi’s leadership qualities were undeniable. She was appointed the Senior Political Commissioner, charged with running a Literacy and Education Programme within Umkhonto we Sizwe (MK), the African National Congress (ANC) Military Wing. Over the years she would have many other leadership roles within the party including Chief Medical Officer, Administrative Secretary of the Women’s Section and Commander among others.

In 1984 she decided to go back to university to complete her studies. She enrolled with the University of Zambia, completing a BSc (Human Biology) and MBchB degrees. She completed her degree just as the apartheid government unbanned the ANC in the country so she came home and did her internship at Baragwanath Hospital, in Soweto. Her journey in the medical fraternity led her to opening up her own practice in Orange Farm, an informal settlement that had been created while she was in exile. Here Dr. Thandi saw first hand how terrible living conditions were affecting the health of the community. She had heard that the government was eager to help such communities with funding for homes so she tried to help the community secure such funding.

It was through this eagerness to help others that she found what would be her second career – the world of construction. In 1997, she created Motheo, a company that would go on to build over 90 000 homes and counting.

Dr. Thandi’s natural leadership qualities, tenacity, insistence on excellence and innate desire to be of service has led to her being honoured many times over the years including being awarded the Business Women of the Year Award in the Entrepreneurs Category among many other accolades. Her passion to empower those around her especially young black women has left many lives changed for the better. She shared her gifts with the world while challenging herself to try new things, like climbing mountains. In 2017, she went on a climb to Mount Everest Base Camp, a feat that she adds to her long list of achievements in both her personal and professional life.

She has also summitted Mount Kenya (point Lenana), Mount Kilimanjaro (twice), and reached the Base Camp of Mount Annapurna. In 2019 before her tragic passing she had planned to summit Machu Picchu, Peru. All of her summits were in aid of her children’s foundation, as part of the Summit For Hope campaign.

Helping every child reach their potential through education. 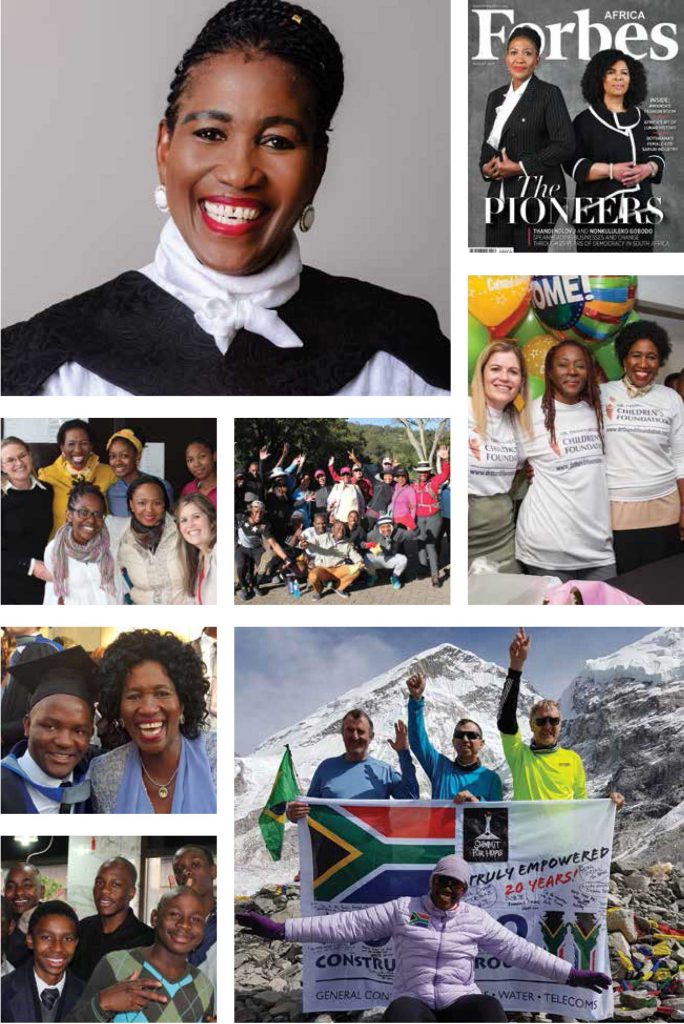 “To live my life to the fullest and experience each day as if it were my last, knowing that, nothing is impossible if you put your mind to it! To make a difference in the lives of those less fortunate than I am . To touch each soul that I encounter as I journey through life with compassion, dignity, humility and respect, in the full knowledge that irrespective of our circumstances we are all made in the image of God.” Dr. Thandi Ndlovu’s life motto.