Motheo has a stated objective to contribute to the upliftment of the communities in which we operate. This is in line with our motto of true empowerment.

Our contributions over the years have taken many forms such as:

Ilingelethu which means “It’s ours”. This non-profit organization was formed in 2007 by elderly citizens in Middledrift. Their aim was to support other elderly citizens in the area, as well as provide a place of connection. With a small initial contribution of R50 by members a healthy weekly meal was set in motion. These elderly citizens participate in a variety of activities together – including Golden Games and sewing projects. Motheo’s initial engagement began in 2018 with a monthly financial contribution towards groceries, this allowed the elderly to meet together five days a week. Motheo assisted in other smaller ways, including obtaining sewing off cuts for craft work. Motheo was also able to support the community through the process of obtaining a grant from Social Development. Later we assisted the community with a Lottery grant for food and centre running costs. Motheo continues to assist the community – our most notable contribution being that the community now has their own piece of ground – thanks to Motheo’s support, it is fenced and a gate has been installed. Motheo is in the process of assisting the community with the building of the Centre.

CSI PROJECTS WE ARE PROUD OF

The importance of being of service to others and of sharing your gifts and talents with those who have less than you is a building block of the Motheo culture. It is from this place that we operate when making decisions about the CSI projects that we want to participate in. At the centre of that is the desire to serve people.

When the eThekwini Municipality were requested by the Premier of KwaZulu Natal to assist two families in the area who were facing extreme hardships. The first was a 22-year-old soccer enthusiast who lost both his legs as a result of injuries sustained playing soccer. He was living in a 15m2 shack, which was in a poor state of repair.

We decided to step in as Motheo to build him a new home on the site. Giving him his own home was our way of helping him become Truly Empowered. In the same area we extended a house for a single amputee, gogo Thabani Goba.

In 2019, Motheo donated 620 school shoes, and 500 school bags across the country. Motheo’s reach is extensive, having donated towards various projects over the past 22 years of business – above and beyond the call of duty. 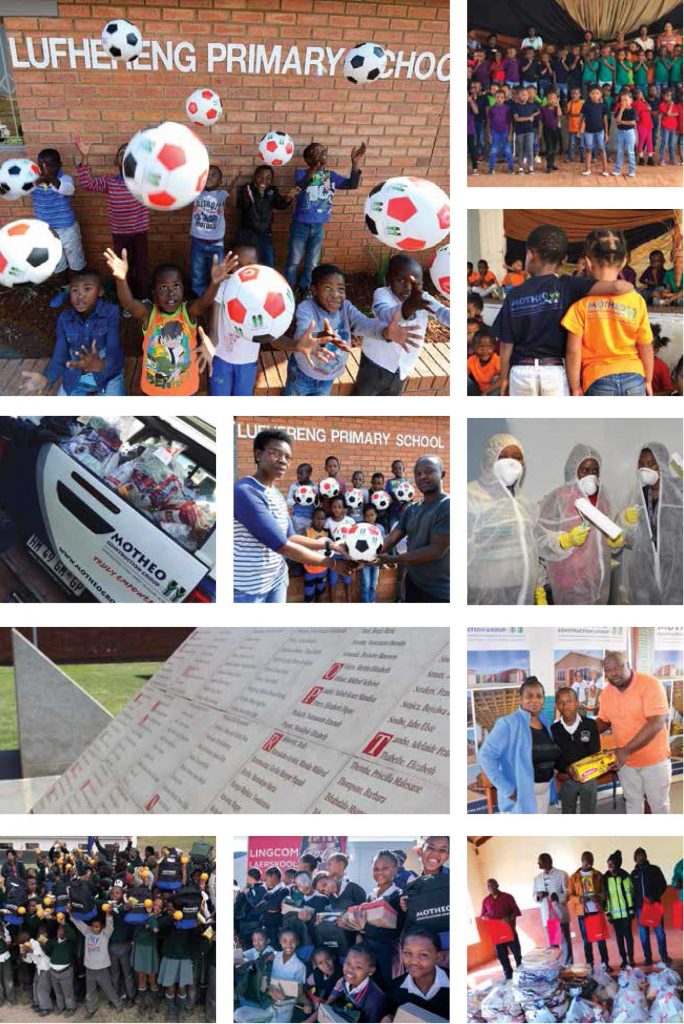